Click here to view all of our events.
View All Events

Murphy’s is known for its authentic Irish music. Enjoy weekly live Irish and local entertainment with no cover charge.

We have Trivia Nights with exciting prizes, sporting events on multiple flat screen tvs, nightly food and drink specials, and many other events throughout the year.

HOME TO ALL NEW ENGLAND SPORTS!

NFL Sunday Ticket
Murphy’s Irish Pub carries all the NFL games from around the country. Every PATRIOTS game is shown and all the die hard fans gather to cheer them on weekly. Murphy’s features food and drink specials during all New England games.

College Football
Whether you’re for Ohio St or ND, Murphy’s Irish Pub has you covered with all the games. Currently we carry the ESPN Gameplan and the BIG 10 Network. With multiple TV’s to catch your favorite team, you will not want to be anywhere else on game day.

NHL
Murphy’s Irish Pub is your hockey headquarters! We carry the NHL package so you can watch your favorite team LIVE all season long. Meet up with other local Boston Bruins fans and enjoy the games with a pint or two!

MLB
Catch all your favorite baseball match ups at Murphy’s during the season. Murphy’s carries the full PPV package from around the league.

Live European Soccer
Don’t miss any of the action as the European Soccer leagues kick off in August. Follow your favorite teams from around Europe from the EPL, LaLiga, Seria A and the Bundasliga, we have them all.

Also, catch all the Champions League and UEFA cup matches as Europe’s best teams battle it out to be crowned Champions. 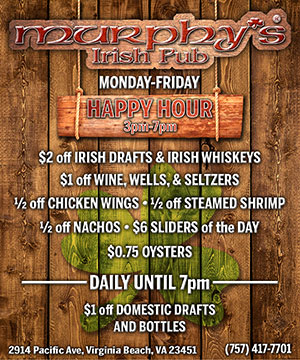